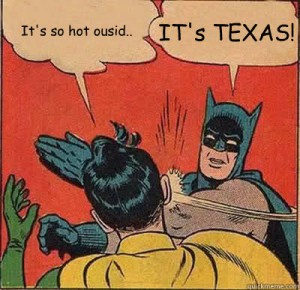 although you live in the city, you drive by squished armadillo road kill and it doesn’t seem the least bit odd.