Between that last “I sad.” post and today so much has happened.

“Oh really, Terry? Soooo much that you couldn’t find the words or the time to post? Really?”

Um… yeah. I always say that I really need to get better at that, but I never seem to. I need to set a blogging alarm.

1) I graduated from Coldtowne! I’m bonafide now. It’s kind of surreal. It’s a feeling reminiscent of graduating from college where I’m all, “What now?” Pairing the timing up with taking a break from for maternity leave means I’ll have a longer than usual break, but hopefully I’ll be able to jump back in before I forget everything I’ve learned from the past 15 months. Daniel is really supportive of me getting back into it as soon as I’m healed and the brand! new! baby! craziness has settled into a nice routine.

The last show with Sixty Second to Sweatpants was awesome. For those of you who haven’t seen us (pretty much everyone), it’s Morgan and I, Brad and Alex. Morgan and I are both pregnant. So part of the hilarity (in my mind) is the stage picture of two pregnant women and two guys on stage. For the last show the guys came out with pillows under their shirts. Our Ouija conjured up person was Marilyn Monroe, portrayed by Brad. Hilarity. 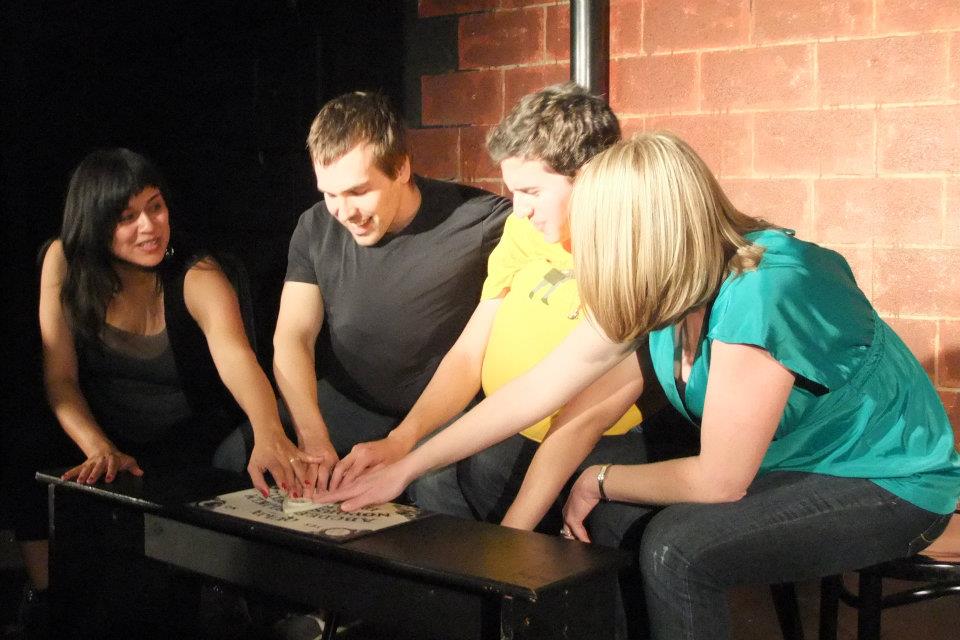 It’s a tradition at CT that one of your instructors says something about you before you get your diploma. Mine was from Ratliff and instead of being funny and taking the piss, it was really sincere and genuine. That really meant a lot. I don’t know that I would have stuck with the program if it wasn’t for him and the inspiration he imbued.

This pic is from the official Coldtowne Flickr page. 2. SXSWi. Holy shit that was EXHAUSTING. For real. I’ve taken part in SXSW for almost as long as I’ve been living in Austin and this was the first year I felt unprepared physically to handle it. I really took for granted the toll that being seven months pregnant would have on the experience. All the walking, standing, walking, standing was way too much for me. Sad face, man. Sad face.

But I performed in this and it was awesome:

3. RADIOHEAD! We were maybe 15 people back from the stage. It was glorious and amazing and exhausting. The baby kicked enough for me to know he was into it, too. 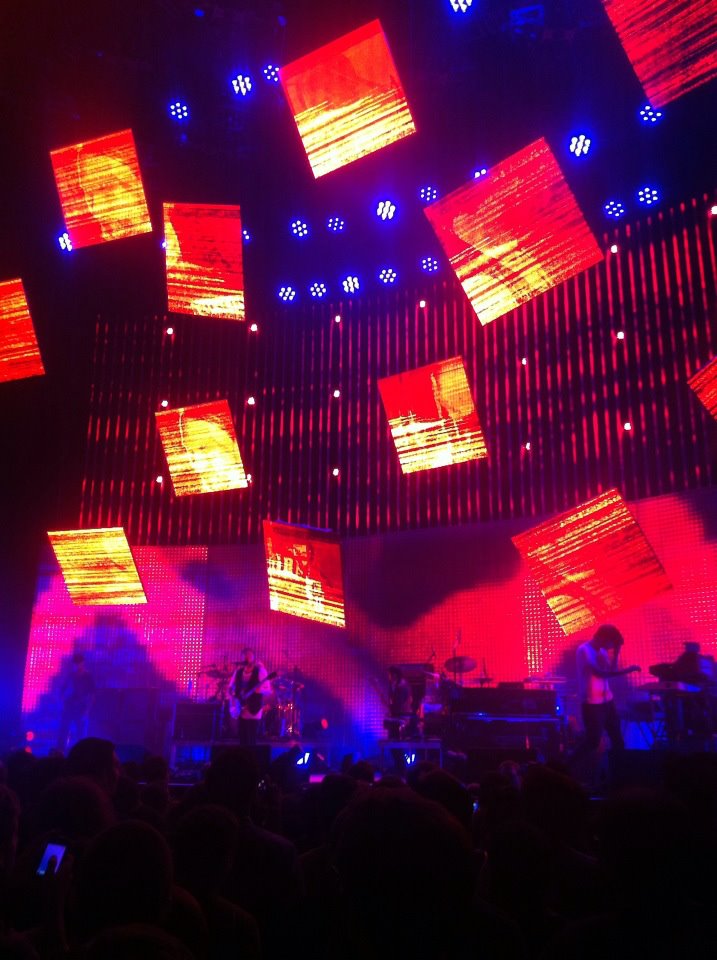 I’m 30 weeks along now. When I told my doctor that I exchanged my first-trimester worry that I’d lose the baby with my third-trimester worry that I’m going to go into labor early, she said I only have four more weeks to worry about that. After 34 weeks they don’t stop pre-term labor b/c the risks of the medicine outweigh the risks of the labor that that point. So, yay only four more weeks of worry?

After SXSWi, I have bigger plans for this blog. You know, like I have every year? But this year I’m going to make the changes I’m always talking about. You’ll see.